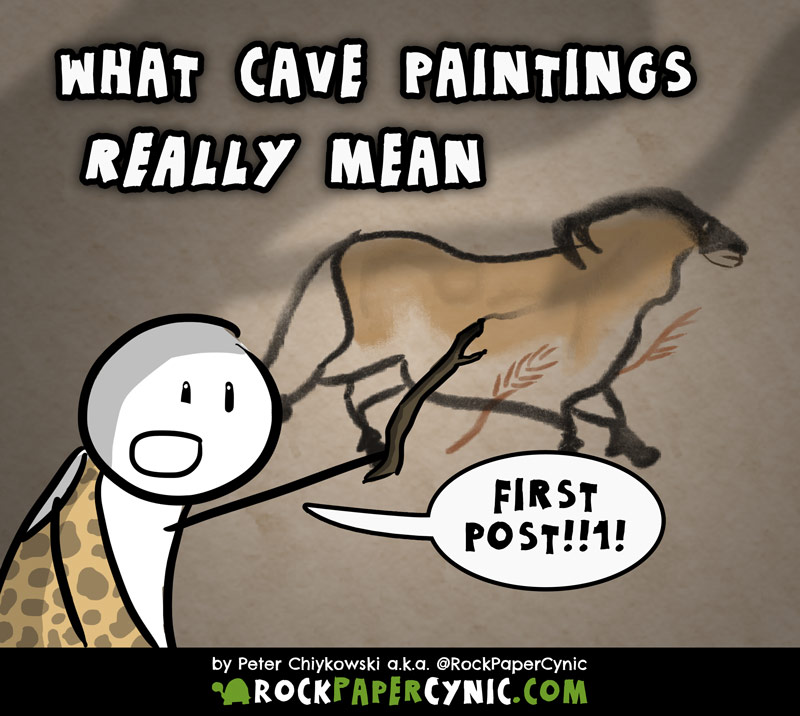 This one's dedicated to my sister, the archaeologist. This is the closest I'll get to understanding what the hell it is you do.

Anyway, I've always loved the Lascaux cave paintings. They feel like history's "FIRST POST!!1!", a Paleolithic blurt to let the planet know that humans exist and they're doing unimportant stuff.

And of course, it's awesome that they were accidentally discovered by some kids and their dog named "Robot," which, let's face it, fulfills a few childhood fantasies:

And of course, now we know that all those Paleolithic dick paintings were drawn by prehistoric cave trolls.