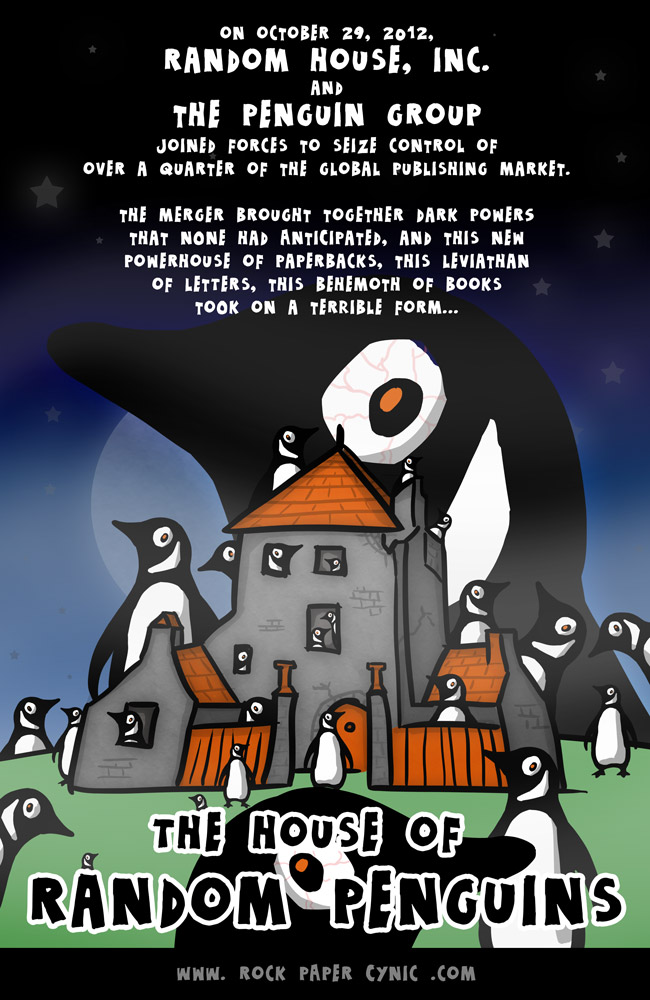 
The Future of Publishing after the Random House/Penguin Group Merger

I feel like everyone who read the news today imagined this at some point. I just wanted to draw it. Clearly this is mean to be silly but...

...with Random House, Inc. and The Penguin Group merging, over one quarter of the global publishing market will be under the control of one company (with, I hope, an awesome silly-sounding name), which isn't evil or anything, but it is worrying, both as a forecast for the collapse of independence in the industry as well as a consolidation of diverse publishing venues into single entities. Obviously the companies will remain autonomous(ish), but they'll both be selecting future books based on economic mandates from a single source, and I can't imagine this is a good thing for promoting diversity in writing.

Then again, a single, stable publishing entity will publish a greater diversity of work than two dead companies, so there's always that to be grateful for.

Anyway, the House of Random Penguins will be in my nightmares tonight.