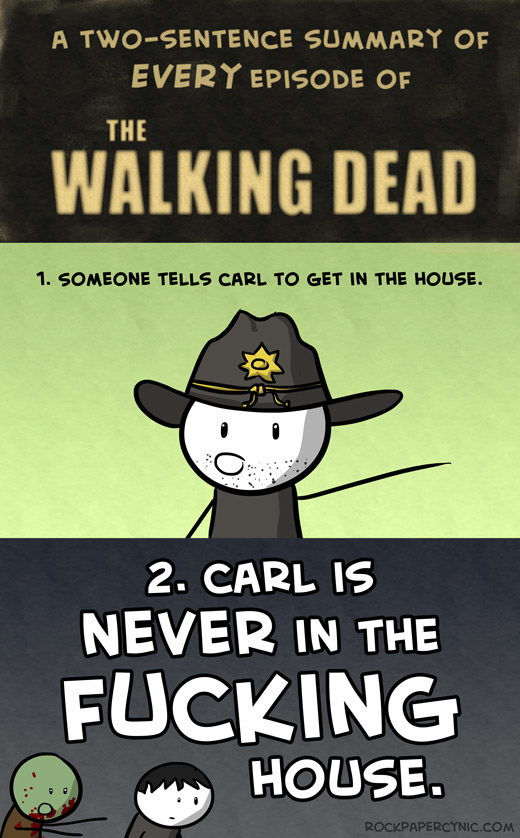 
A Two-Sentence Summary of Every Episode of The Walking Dead

The things we love irritate us the most (sort of). For me, it's The Walking Dead. It's a show full of zombies, in-fighting, zombies, good characters, fantastic acting, zombies, great action sequences, zombies, guns, and above all, zombies.

If only the show didn't have kids.

I'm going to get a little spoiler-y from here on out, so duck out if you don't want season two ruined for you.

SPOILER ALERT: HERE THERE BE SPOILERS

Seriously, someone's always telling Carl, "Go find your mother!" or "Get in the house," and his mother never knows where he is and HE NEVER STAYS IN THE HOUSE.